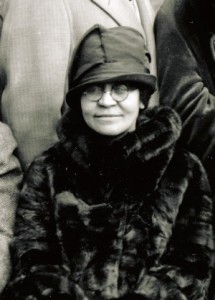 Annie Turnbo Malone was born in 1869 to Robert and Isabella Turnbo whoc had previously been enslaved. Her parents died when she was young and she had to drop out of high school due to illness. She developed a process for straightening hair that didn’t involve lye and other unsafe chemicals, based in part on knowledge from her aunt who was an herbal doctor. 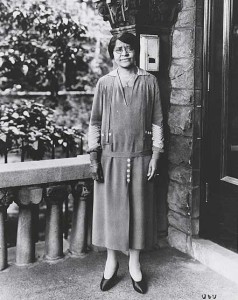 In 1902, Annie Malone moved to St. Louis and began selling her hair care products door to door. She gave her products the brand name “Poro” – a West African word that meant physical and spiritual growth. By 1917 her business had become so successful, that she opened Poro College for product manufacturing and to train salespeople. It also served as a community center within St. Louis; for example, it helped the community during the 1927 tornado in St. Louis. She eventually expanded and opened a facility in Chicago. Between Poro College and the various franchises, Annie Malone employed 75,000 women entrepreneurs. One of her employees, a Poro agent, was Sarah Breedlove (who became known as Madam C. J. Walker). Chuck Berry also trained under the Poro System before he became a musician.

Annie Malone became very wealthy and soon became a millionaire. Nevertheless, she lived very modestly and spent much of her life engaging in philanthropy. She encouraged home ownership among her employees by giving cash bonuses whenever an employee bought a house or had a substantial savings. She made donations to the Colored YMCA of St. Louis, the St. Louis Colored Orphans Home and she donated $25,000 to Howard University College of Medicine (the largest private donation at the time). Annie Malone was also an honorary member of the sorority Zeta Phi Beta. 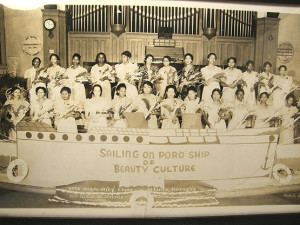