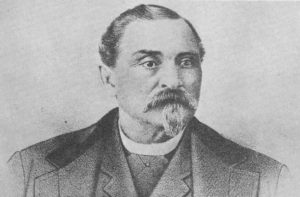 Barney Ford was amazing. His is one of the most interesting stories of African American settlement in the West. He was a man who looked for opportunities and considered his options. Barney Ford was born into slavery in 1822 to a white slave owner and an enslaved woman named Phoebe. He was hired out to work on a Mississippi River cargo boat. While the boat was docked in Illinois (a free state), Ford walked off the boat, declared himself free and his freedom was recognized by law. Ford then moved to Chicago where he met his wife Julia. 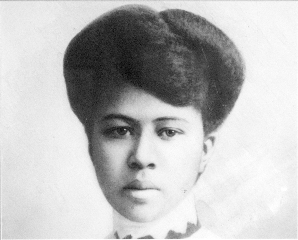 In 1851 Ford and Julia decided to go to California and search for gold. This was before transcontinental railroads and travel so they decided to travel from New York City to California by ship around the southern tip of Africa (the Cape Horn). On the way to California, the boat trip stopped in Nicaragua where they saw business opportunities and decided to settle in that country. There, they started a successful hotel and a restaurant. When a civil war broke out in Nicaragua, the Fords returned to the United States and settled in Colorado. 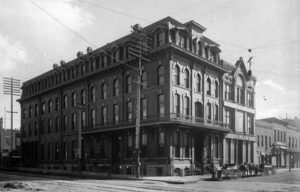 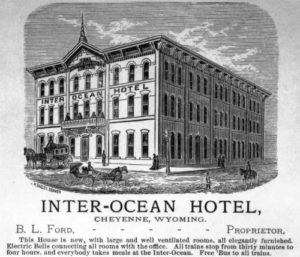 Barney Ford wanted to search for gold. But since he was of African descent, he was not allowed to stake a claim for gold in his name. Instead, he made money by starting a barbershop, a restaurant, and a hotel in Denver, CO and Cheyenne, WY (the Inter-Ocean Hotel). By 1875, the Ford family was one of the richest families in Denver. The State Capitol of Colorado has a stained glass window honoring Barney Ford and the city of Breckenridge, CO turned the house the Ford’s owned into a museum. 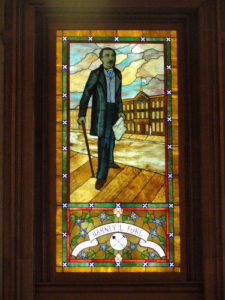