African Americans have participated in every war the United States has ever fought: 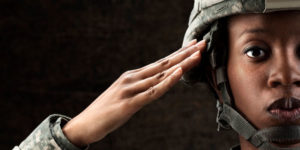 I like my brown skin because it reminds me that people who looked like me helped win every war the United States has ever fought. I am a loyal American.