Ida B. Wells Was Amazing 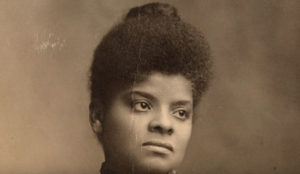 As the NAACP gets underway this week in Cincinnati, Ohio, we celebrate the birthday of one of its founders: Ida B. Wells. Ida B. Wells was amazing!!!

She was born into slavery on July 16, 1862. she was a founding member of the NAACP, she supported voting for women, and she was a journalist. She also published a newspaper. She spoke truth to power.

In 1884 Well bought a first-class train ticket from Memphis to Nashville but the train crew refused her from accessing the first-class compartment and she was forcibly removed from the train. Wells sued the railroad and won a settle of $500 in a court case. Later the decision was overturned by the Tennessee Supreme Court.

As a journalist, Mrs. Wells wrote articles that condemned the lynching of African Americans. Her personal motivation for writing about lynching began when a friend Thomas Moss and two other African Americans (Calvin McDowell and Will Stewart) were lynched in 1889. Why were they lynched? In 1889 Moss founded the People’s Grocery (a grocery store in Memphis, TN) with 10 other prominent blacks. The store was successful and took business away from a nearby European American owned grocery store. Moss, McDowell and Stewart were lynched after being brutally tortured by a lynch mob of at last 75 people. No one went to jail for the murders. The incident at the People’s Grocery was not unique. Between 1877 and 1910, approximately 3,000 People of Color were lynched (purposely killed) by European American mobs and no one was ever charged with a crime. 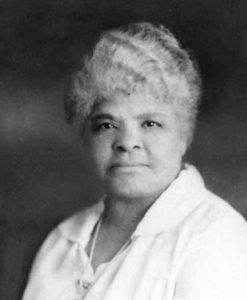 Ida B. Wells used her position in journalism to speak truth to power and document a brutal aspect of American history. She founded the National Association of Colored Women and was a founding member of the NAACP. Through the National Equal Rights League, Wells called for President Woodrow Wilson to end discriminatory hiring for government jobs.

Ida B. Wells was amazing!