He continued to study medicine and he was highly regarded for his knowledge. Dr. Benjamin Rush, one of the signers of the Declaration of Independence, was a well-respected physician in the late 1700s. Benjamin Rush visited New Orleans where he met and became friends with James Derham. Benjamin Rush was quoted as saying “I thought I could give him information concerning the treatment of disease, but I learned more from him than he could expect from me.”

I can imagine James Derham felt a real sense of pride as leading doctors consulted with him about their patients. James Derham was called in to examine Benjamin Franklin during his final illness. 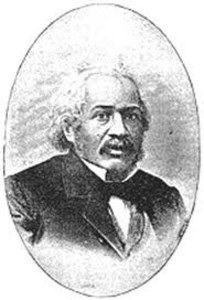