Harriet Tubman was amazing. She was born Araminty Harriet Ross in Dorchester County, MD (the Eastern Shore region of Maryland) in 1820. She experienced violence during her childhood including being hit by a 2 pound weight for refusing to help restrain an slave person who had left the fields without permission. The weight struck her in the head and caused seizures, severe headaches and narcolepsy for the rest of her life. In 1844, she married a free black man named John Tubman but she remained enslaved. It was common in Maryland during that time for black families to consist of both free and enslaved members. In 1849, she escaped to Philadelphia. 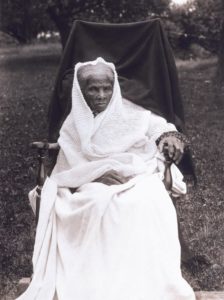 Harriet Tubman wasn’t satisfied with her own freedom. She returned many times to lead hundreds of enslaved families and friends to freedom. This was the mid 1800s!!! She didn’t have GPS. There were armed bounty hunters and dogs chasing her every move. Yet, she continued to lead people to freedom.

She. Was. Amazing. So much so that in April 2016, the U.S. Treasury Department announced that Harriet Tubman will replace Andrew Jackson on the front of the new $20 bill. This decision was due in large part  to a Women on 20s’ campaign for a notable American woman to appear on U.S. currency. As womenon20s.org states in celebration of the decision regarding Tubman, “Not only did she devote her life to racial equality, she fought for women’s rights alongside the nation’s leading suffragists.”

It is great news that Harriet Tubman will grace the $20 bill. Every trip to the ATM will produce her likeness. While we celebrate Tubman’s achievements, we also remember that history is full of black people like her who did amazing things; who were exceptional. People like Lewis Hayden. Like Harriet Jacobs. Like Josiah Henson. 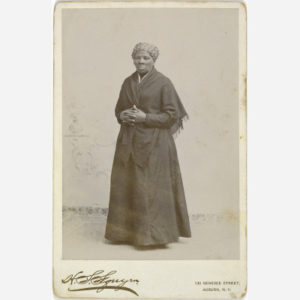 salute Harriet Tubman. Every time we see a $20 bill we will recognize her greatness. In addition, let’s remember that exceptionalism is a common trait throughout the history of black people.